Taylor Sheridan, the co-creator of “Yellowstone,” has a new series in the works besides his much-hyped “Y: 1883” prequel — and the cast keeps adding exciting names.

In February of 2021, Deadline reported that Sheridan was working on a new series, entitled “Mayor of Kingstown,” for the Paramount+ streaming service, with Jeremy Renner — aka MCU’s Hawkeye — set to star. “Mayor of Kingstown” will follow the McLusky family, who work “as power brokers in Kingstown, Michigan where the business of incarceration is the only thriving industry.” The series will take on relevant themes, such as systemic racism and inequality, and will offer “a stark look at [the McLusky family’s] attempt to bring order and justice to a town that has neither.”

Following the casting of Renner, other actors have been added to the roster, including Pha’rez Lass (“Claws”), Tobi Bamtefa (“The Girlfriend Experience”), Dianne Wiest (“Let Them All Talk,” “I Care A Lot”) and Derek Webster (“In the Dark”). Additionally, the show’s co-creator, Hugh Dillon, joined the cast in a main role, making him just as involved in front of the camera as he is behind the camera.

Now, a new slew of cast members for “Mayor of Kingstown” have been announced — including a “Game of Thrones” favorite. 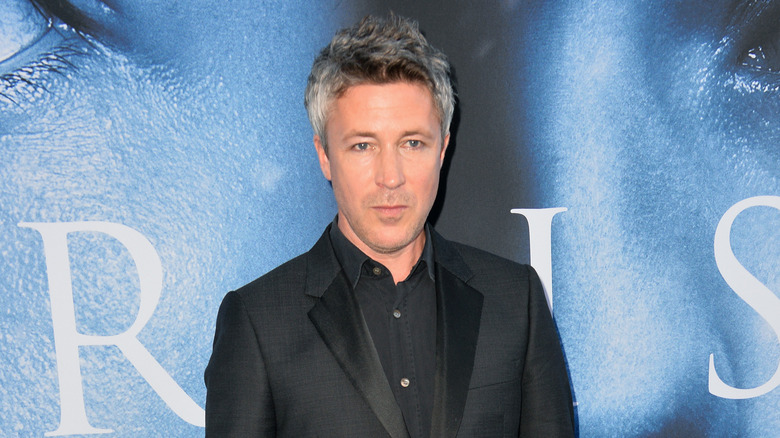 Aidan Gillen, who is best known for playing Petyr ‘Littlefinger’ Baelish on HBO’s wildly popular epic fantasy series “Game of Thrones,” has joined the cast of “Mayor of Kingstown” as a series regular. As reported by Deadline, Gillen will play Milo Sunter, “a leader of the Russian mob currently serving a life sentence in Kingstown’s supermax prison.”

Along with his role as Littlefinger on “Game of Thrones,” which he played for six years from 2011 to 2017, Gillen has appeared on shows such as History’s “Project Blue Book” and Netflix’s “Peaky Blinders.” Along with “Mayor of Kingstown,” Gillen also has another upcoming TV series in the chamber — a Western drama entitled “That Dirty Black Bag,” on which he stars alongside Dominic Cooper and Douglas Booth. As for films, Gillen has recently shown up in 2021’s “Those Who Wish Me Dead,” the 2018 Freddie Mercury biopic “Bohemian Rhapsody,” and 2018’s “Maze Runner: The Death Cure.”

We can’t wait to see how Gillen’s new role on “Mayor of Kingstown” compares to his memorable performance as Littlefinger when the upcoming series premieres.

Shows Like Lie To Me That Drama Fans Need To Watch