The Ending Of Green Lantern Explained

Before Ryan Reynolds suited up as the Merc with a Mouth, he was a decidedly different kind of superhero. Deadpool may be profane and excessively violent, but Hal Jordan, a.k.a. Green Lantern, is supposed to embody everything good about the human spirit. He’s brave, noble, and to the extent of our knowledge, he’s never broken the fourth wall.

The superhero didn’t exactly receive a warm reception when he first arrived in theaters. Critics and audiences alike lambasted the film. On top of that, the project didn’t exactly light up the box office. It grossed $219 million worldwide against a budget of roughly $200 million. It’s not enough to break even when dealing with those kinds of numbers, so the future of this “Green Lantern” remains confined to the single film.

The hero will get another chance with an upcoming series bound for HBO Max. It will likely take a much different direction, especially when looking at how the “Green Lantern” movie clearly wanted to set up certain plot points for the sequel to run with. The ending of “Green Lantern” establishes big things to come that we’ll now never see, especially now that Reynolds is busy with his other superhero franchise. 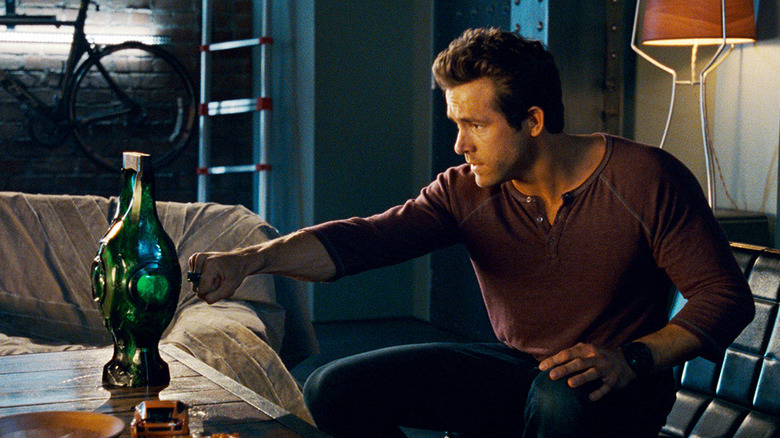 Fear and willpower are central tenets of the Green Lantern Corps. And while Hal Jordan may act cocky in the cockpit, the truth is that deep down, he’s scared. We see this repeatedly throughout the movie in flashback sequences where Hal witnesses his father’s death. His dad was also a fighter jet pilot, but on one fateful day, his vessel crashed. This memory torments Hal throughout his life, which initially holds him back from harnessing the full power of his ring.

The Hal Jordan most people know from the comics is fearless and responsible. That’s a far cry from the introduction the character receives early in the movie, but he’s attained his destiny by the end of the film. It’s no longer a scenario where he randomly received the ring; he’s truly earned it, and as a result, he can use it to take on Parallax single-handedly.

No one comes to his aid, but he doesn’t need assistance. He knows he’s the only one between Earth and Parallax, so he must set his fears aside.

Hal Jordan uses what Kilowog taught him to beat Parallax 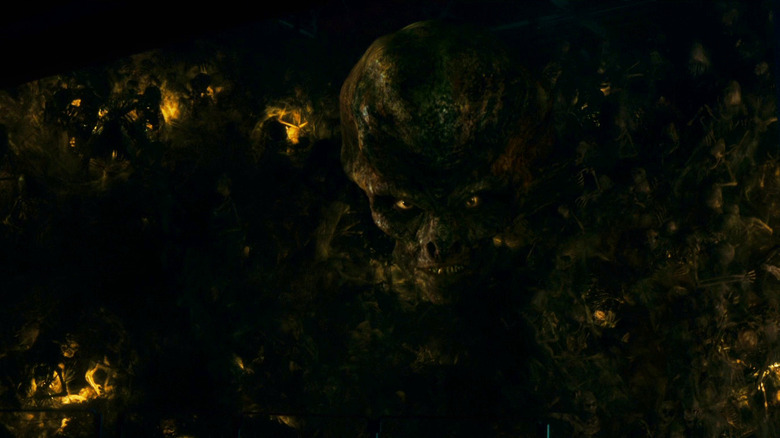 Parallax is a giant space entity, while Hal Jordan is a guy with a fancy ring. It would always be an immense undertaking to defeat the villain, but fortunately, Hal received some excellent training earlier in the film.

When Hal was an Oa, Kilowog taught him about how to use the ring adequately. Hal ended up getting his butt handed to him throughout most of the training, but once he learns to set aside his fears, he becomes more powerful than ever before. As the Green Lantern goes head-to-head with Parallax, he reiterates something Kilowog had said to him: “The bigger you are, the quicker you burn.”

With the sun in close proximity, Hal Jordan lines everything up to where all he needs to take Parallax down is one good punch right into the star. Parallax turns into extra crispy toast, and the day is saved. It’s unlikely Parallax would’ve returned had “Green Lantern” spawned a franchise, especially when the next villain was teed up …

The post-credits scene teases Sinestro as the next big bad 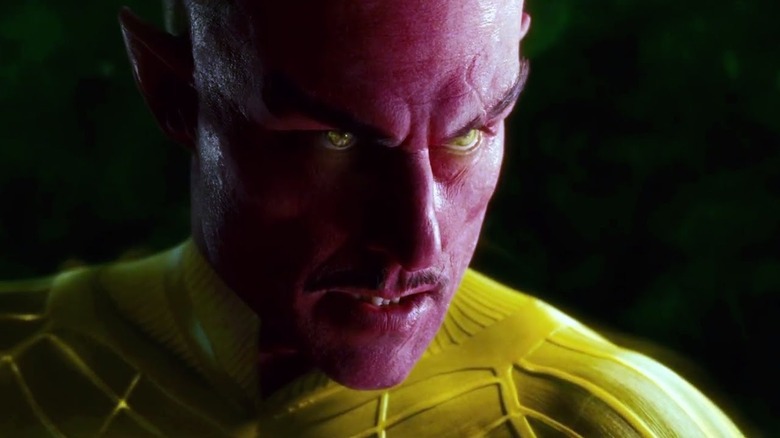 With a name like “Sinestro,” you’d expect the other member of the Green Lantern Corps. to have always been a villain. But the live-action movie set him up as a fallen hero, starting as one of Hal’s allies, only to give in to fear.

Earlier in the movie, Sinestro commissions the Guardians of the Universe to create a yellow ring because he reasons they must fight fear with fear. Of course, Hal shows up to convince them to give him a chance to fend off Parallax on his own, so we never see the endgame of the yellow ring forged by the Guardians … unless you stick around until after the credits.

Sinestro got his hands on the powerful object, which allows him to don his iconic yellow suit from the comics. It’s easy to see a scenario where Sinestro would’ve been Hal Jordan’s antagonist in the next “Green Lantern” movie if one ever came to fruition. As it stands, it will always remain one of the great “What if” questions of superhero cinema. At least the villain will get another chance in the spotlight (hopefully) with the “Green Lantern Corps.” series coming to HBO Max.