The Kashmiri Separatist leader in J&K, Syed Ali Shah Geelani passed away on Wednesday, September 1, 2021, at the age of 92 after a prolonged illness. He took his last breath at his home in Srinagar on Wednesday evening. He has been faced several politics in Jammu and Kashmir and has been sick for a long time. Last year, he resigned from politics and Hurriyat as well. 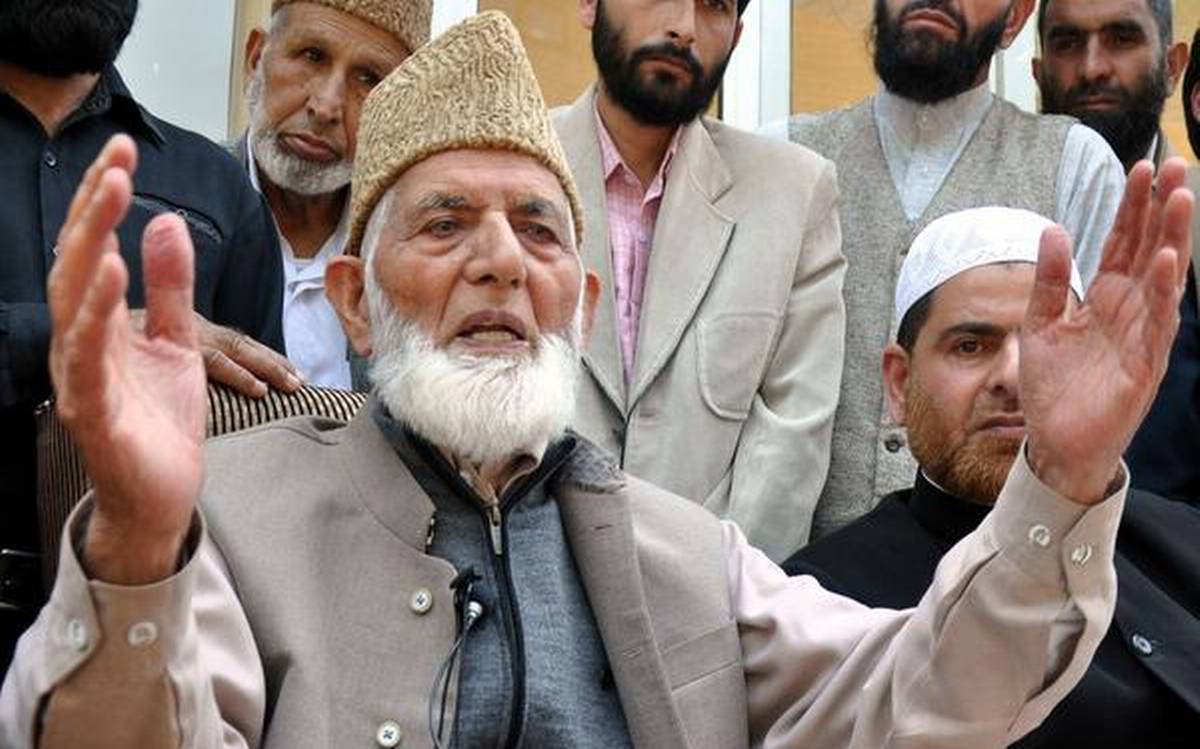 Now, the last rite will take place on Thursday morning. The sources say that he died at around 10:30 PM. The death news of Syed Ali Shah Geelani was announced by the former Chief Minister of Jammu and Kashmir after taking support of Twitter.

The former Jammu and Kashmir CM tweeted,” Saddened by the passing news of Geelani Sahab. We may not agree on most of the things but I respect him for his loyalty. May Allah Ta’aala grants him Jannat”. In the month of March 2018, Syed Ali Shahs Geelani suffered a minor heart attack and he was hospitalized at that time.

Some members of Hurriyat have been arrested while the senior leader of Hurriyat, Mukhtar Ahmed Waza was also arrested from his residence in Anantnag town. He was also known as the leader of a hardline fraction of Hurriyat.

Before that, he was a member of Jamaat-e-Islami Kashmir but later, he found his own party named “Tahreek-e-Hurriyat”. He also served as a chairman of All Parties Hurriyat Conference. Not only this but he was an MLA in Jammu & Kashmir from Sopore constituency in several years, 1972, 1977, and 1987.

Later, he left the Hurriyat in June 2020. Geelani had a big family including 6 children in which Nayeem and Naseem was his son and Anisha, Farhat, Jabeen, Zamshida, and Chamshida was a daughter of him. He was born in Sopore Baramulla town on September 29, 1929, and took his graduation degree from Oriental College, Lahore.

He won a Nishan-e-Pakistan award in 2020. One of a Twitter users wrote,” His words will always echo in my ears. Syed Ali Shah Geelani was an icon, an idol for Pakistan and Kashmiri alike. The magnitude of his loss cannot be put into words. While a video was also seen on the Internet that shows heavy military Armed forces outside the house of Geelani. He was a great leader and will be remembered by his family and loved ones. May Allah Bless His Soul.

Ordinary Joe Release Date, Cast, And Plot – What We Know So Far

The Most Over-The-Top Moments On Grey’s Anatomy